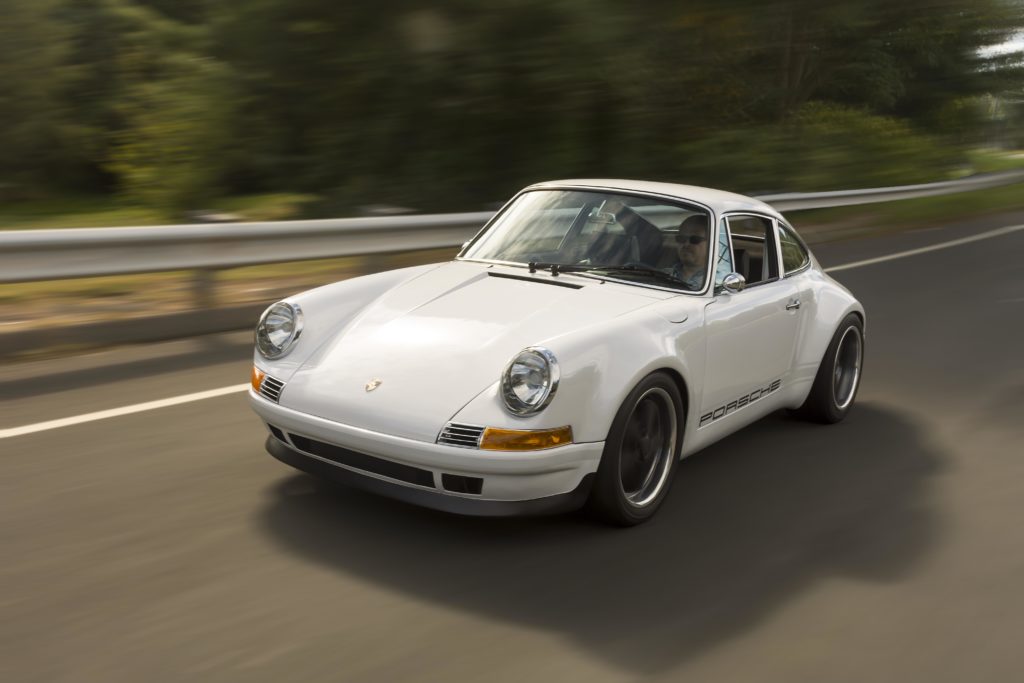 Toni Fishman started as a taper. He was one of those guys whose microphones spike the audience at Grateful Dead and Phish concerts like quills on a porcupine. He started the pursuit of the best sound he could grab; soon enough he was introduced to Telefunken microphones.

How did he get to concerts? His first ride was a hand-me-down VW Rabbit.

Just as Rabbits do, it begat several VW GTIs. German cars were his thing; a neighbor had a 914-6 and a 911 that Toni lusted after. A Porsche had to be in his future.

In high school Tony was the AV guy; he loved anything to do with electronics. Afterwards he worked in a camera shop that had good German cameras. He saw that there was a great love among photographers, hobbyists, and collectors of vintage film cameras. They were used, collected, and had a great infrastructure for repairs. But what he also saw that but no one was doing this for his beloved microphones. He had identified a need.

Toni’s collecting grew into a company, Vintage Tones, focusing on selling microphones. The onset of eBay made it very hard to make a living doing this. Things started to change when he got a call that told him Warner-Reprise studios in Nashville was closing. Everything must go. There was a huge selection of microphones, four of everything. The budget had been unlimited. It had all been bought with “Bunny Money.” Money made from profits from Bugs Bunny cartoons benefited the music industry in ways no one could imagine.

Toni put in a low ball bid, never thinking he would win. A few weeks later he got the call. “Get yourself a big truck and get yourself to Nashville, you got it all!”

It all came back to Connecticut and started getting used in Toni’s studio. The crown jewels in this haul were the Telefunken ELA M 251 microphones. They had been the go-to workhorses at the Nashville studio, so certain plastic parts were becoming fragile. These parts had become unobtainable, made of unobtanium. Toni went in search of a company to replicate these vital parts.

As supplier owner told him, “If you’re going to do this, make all the plastic parts—not just the switch.” This was the switch that turned his new company on. Toni made the parts. Then Toni went music industry trade shows and the reception he got was out of this world.

In doing this he found that Telefunken had not renewed their North American trade rights. Toni was able to secure the trade marked symbol, and by 2001 he had re-launched the company as Telefunken Elektroakustik. So from taping microphones for shows to seeing those same bands use his gear on stage it has been a long but maybe not-so-strange trip.

As his business grew, Toni made his connection with Porsche in the form of a 1969 912. Jim Newton of Automobile Associates told him to find a better car, but Toni wanted to save it. Many thousands in rust repair later, he had his dream. After 50,000 miles it was a nightmare when his engine threw a belt and it overheated. But he had a 1970 911E motor so his first Porsche became a science project on how one would personalize/customize a Porsche—the way he wanted it. Soon he was on the track with the Connecticut Valley Region of the Porsche club.

He then became a member of the Lime Rock Drivers Club.

Along the way he became aware of people like Magnus Walker and Rob Dickinson and what they were, musicians allied with that special German product. It wasn’t something he felt he could afford, but maybe there was a work around. He grabbed a bit of Magnus, a taste of Singer, stirred it up with some fiberglass and created his own resto-mod Porsche.

Toni built a few and Jim Newton watched him as he moved the cars all over creation to get things done. He told Toni of garage space available under Automobile Associates of Canton, Jim’s shop in Canton, CT. Fishman had not gone to college, but he was definitely getting an education from the people upstairs.

As you might guess with Toni Fishman, the sound is important. Toni learned about the rake and angle of the muffler: give it just a little bit of an up-sweep and you get that deeper louder note. So all the cars he builds sing beautiful songs.

Toni knows he will never be the greatest guitarist, singer, or engineer, but he creates equipment that, in the right hands, can make a difference to these performers’ art. It’s the same with the cars he builds. He wants to create something unique that emanates good vibrations.

Toni’s dream is to rekindle the connection between Porsche and Telefunken. It’s grown from his love of motorsport and bent-window 356s that sported beautiful radios with that iconic name on them.  He hopes they can play together again soon. The road ahead is open; we’ll listen to what happens. 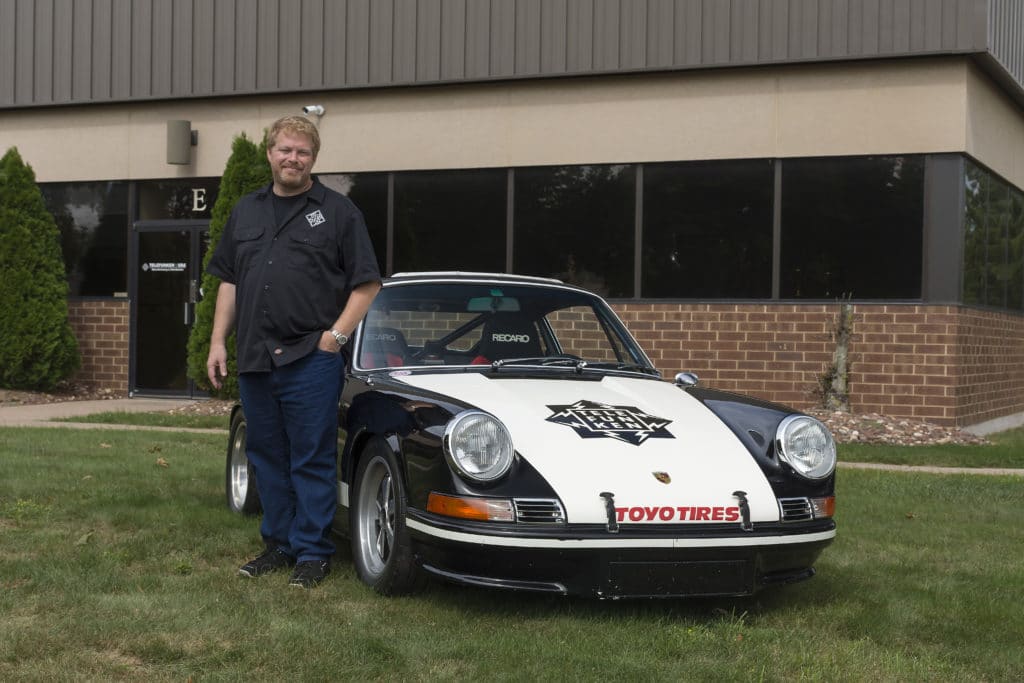 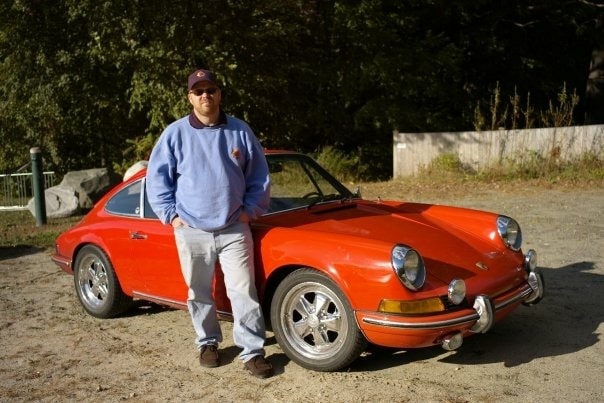